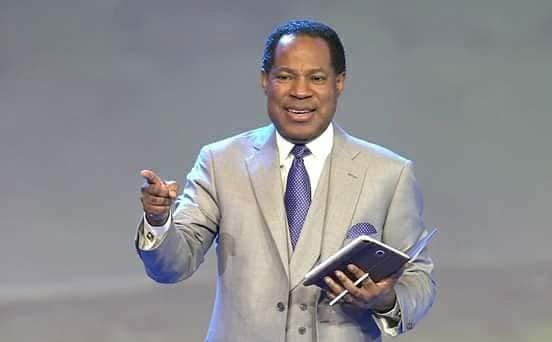 With the recent attack on him by other people he has come out speak about people who attack men of God. Pastor Chris warns that “men of God are not ordinarily men and to avoid the spirit behind them fighting you, you should avoid talking about them”

In addition to what pastor Chris said, pastor Psalm Okpe has this to say;

“For any human to do an online broadcast and got three (3) billion people following which is like almost half of the world population, fear the force that is using that man or the force the man is using.

There is no president dead or alive that can pull such follower-ship online.

Take it or leave it, Pastor Chris Oyahkilome is a government on its own. In fact that man of God is a continent by itself. If 3 billion people strike on the street in his Favour they will win anything power on earth, even if they use only stone. I just hope the arrest is untrue or a joke or one of those drama in Nigeria.

There is no creature presently in our generation that use the media as Pastor Chris or the Christ Embassy. To ignore the counsel of such a man is to ignore the gift of God to man.

Few days ago the personal Bible of the late Archbishop Benson Idahosa, our father of faith, was given to him by mama Idahosa. You think it a joke?

If you see a man that God has helped, and you can’t recognize him, even if you see God face to face you will not know Him because God is revealed in the man that he has helped.

Unless thou shows us thy only true way no man can. Father, thou must lead.”